The Main branch of the Cleveland Public Library (www,cpl.org) has been hosting a display of labor and New Deal (visual) art from January 18 – March 24, and on February 23 was host to Laborfest: a multimedia celebration from videos and powerpoint presentations to live drama and music.

I took the RTA downtown.

Checked out some Russian  books in the old section: 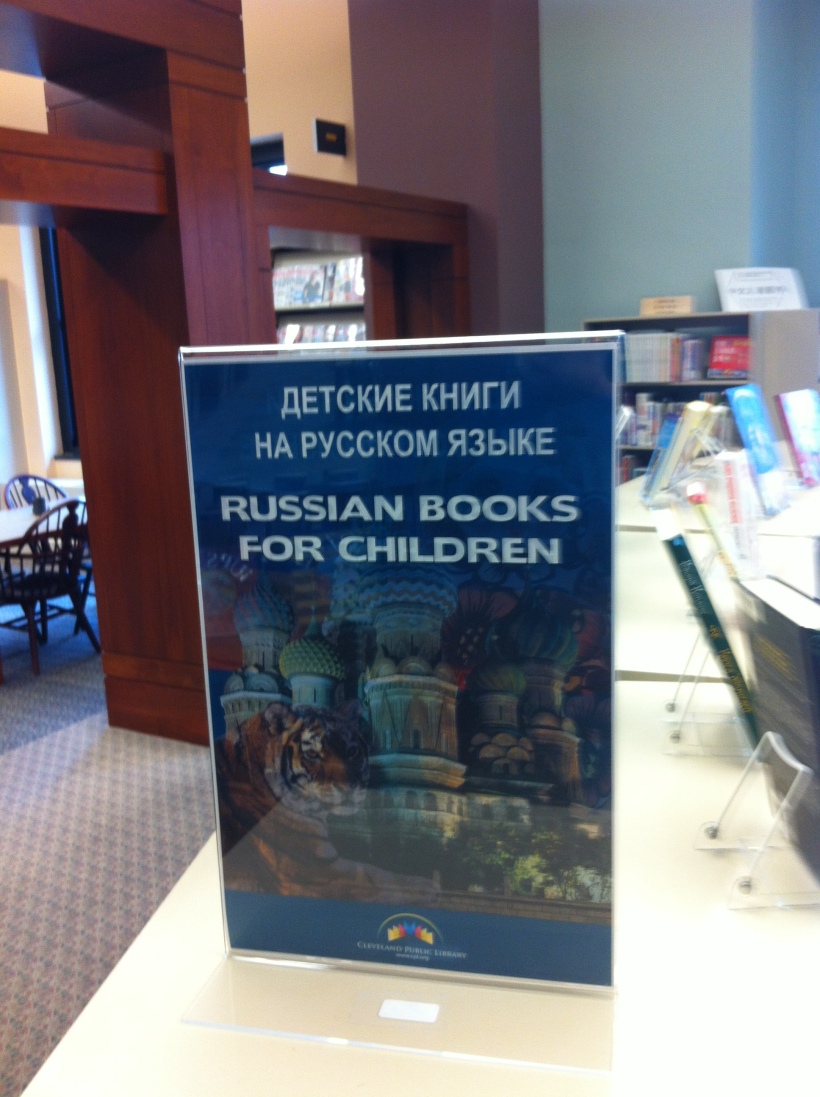 The event was in the new section (Louis Stokes) wing:

We were warmly welcomed by Leonard DiCosimo (President, Cleveland Federation of Musicians), who introduce Harriet AppleGate, (Executive Secretary of the North Shore Federation of Labor), who also welcomed us and introduced Patrick Gallagher (USW).

They were followed by three speakers: Prof. Ahmed White, Colorado School of Law; Prof. Patricia Hills, Boston University; and Dr. M. Melissa Wolfe, Curator of American Art at the Columbus Museum of Art. All were very well qualified to speak in their areas.

Mr. White covered the infamous ‘little steel’ strike of 1937, ranging from the Chicago Massacre, in which ten strikers were killed, through actions in Ohio, to the eventual, inadequate settlements, concluded in 1942. (I might add that he used the phrases ‘class struggle’ and ‘class consciousness’ positively and freely, and observed openly contributions made by Communists and ‘fellow travelers’). Those unfamiliar with the strike might see, for example: http://en.wikipedia.org/wiki/Memorial_Day_massacre_of_1937, or http://www.ohiohistorycentral.org/entry.php?rec=513

Ms. Hills spoke on Art and Politics in the Popular Front: The Union Work and Social Realism of Philip Evergood. (http://en.wikipedia.org/wiki/Philip_Evergood) She displayed works and covered the life of several other labor/New Deal artists, including William Gropper, Louis Lozowick, and Hugo Gellert. Many artists of the period gravitated to the CPUSA, and to the John Reed Clubs. (http://en.wikipedia.org/wiki/John_Reed_Clubs). Her talk emphasized the Popular Front era of the Party in the late 1930’s, which focused on stopping fascism and expanding union organizing. (The works of these and others were on display in the main library building.)

Ms. Wolfe presented the life and works of Joe Jones – a worker-artist. Joe – who started out as a house painter – said he wanted to make art that would knock holes in walls, rather than merely make them pretty. Ms. Wolfe: “What did it mean to be a Communist artist, as Jones clearly decided he would be?…To be a Communist artist during the Third Period of the Communist Party – between 1928 and 1935 – meant that you were a class-conscious worker whose production – art – acted as a weapon to incite a revolution that would end Fascist structures of power and give workers control of their production…”

We then had a brief break: noshing on snacks, and networking with friends, and then we were treated to live theater, and live music. The former was a reading of “Capitalization”, by Marc Norwalk, presented by three members of Cleveland Public Theater; 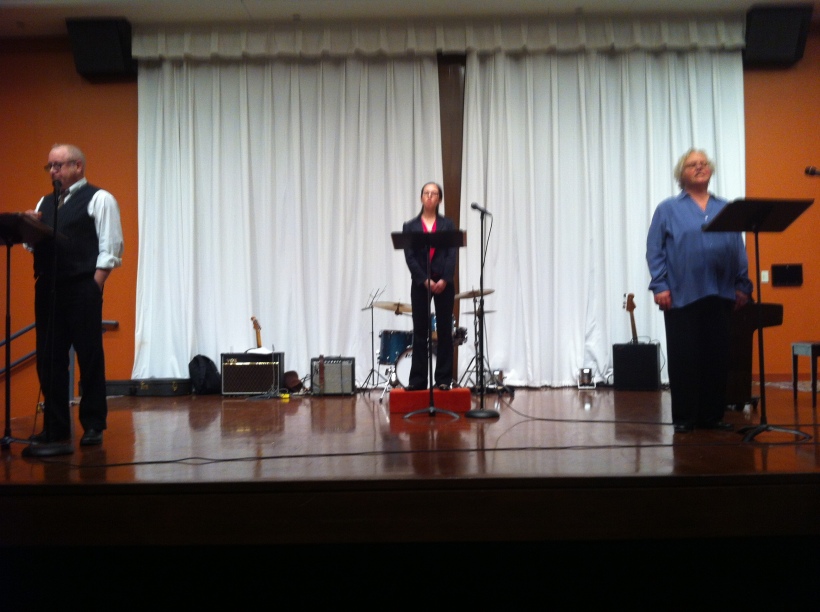 Enlightenment and entertainment: for what else could one ask? Senator Sherrod Brown? He and his lovely literary wife – thr Progressive Pulitzer winner Connie Schultz – were there as well.